The Basic Guide to Building a Bobber 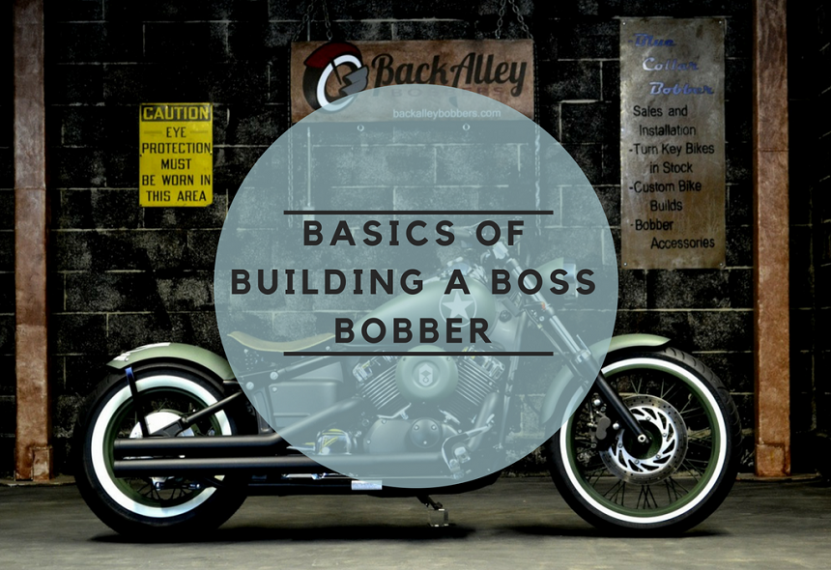 Of all the styles of custom bikes you can build, the bobber is on the surface the easiest to cut your teeth on. It can of course, also be a show winning, rolling work of art that can potentially cost thousands of dollars. But for introducing yourself to the rocky road of customizing and creating something unique on a budget, there’s little to touch it. 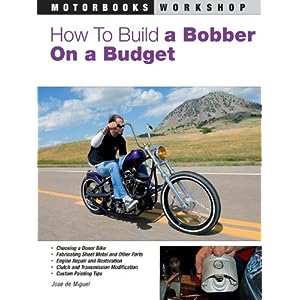 How to Build a Bobber on a Budget (Motorbooks Workshop) 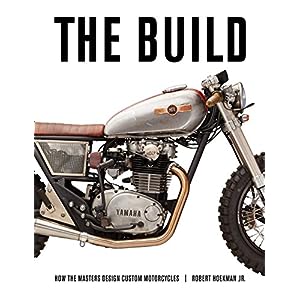 The Build: How the Masters Design Custom Motorcycles 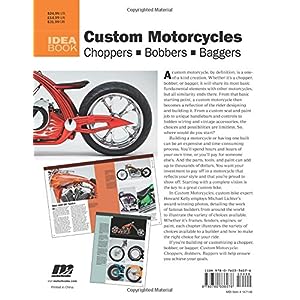 So here, we’re going to deal with the basics of bobbing. This will include:

For a visual guide, check out our detailed building a motorcycle bobber infographic.

For a quick stroll down memory lane, we have to go back to just after WWII. That’s when the first bobbers were built by returning GIs.

As de-mobbed US soldiers returning home wanted cheap transportation, motorcycles were the obvious choice. But the bikes they’d been used to seeing during the war, were invariably weighed down by panniers, spare gas cans etc. Whilst domestic market models were all fat seats and ponderous fenders.

These were men who were used to traveling light and moving fast, and that’s exactly what they wanted out of their bikes too. The obvious answer was to dump all the unnecessary clutter and weight from their motorcycles, getting them down to the bare bones.

Anyway, that’s roughly how the bobber evolved, and as the current generation of bobber builders, it's up to us to say where it goes from here.

What makes a good donor when building a bobber? 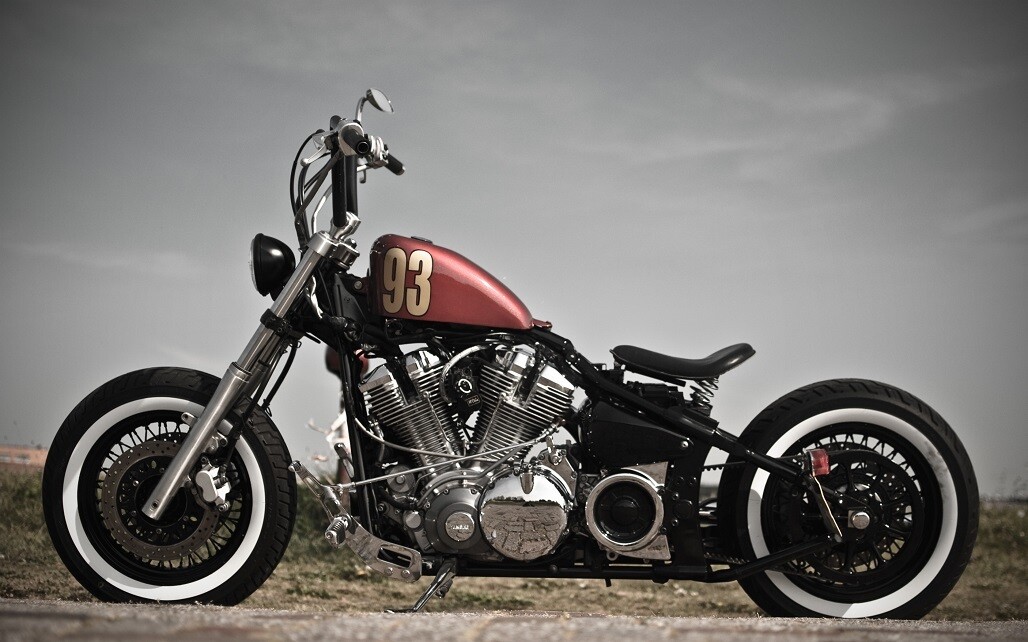 Realistically, you can go through the bobbing process with anything on two wheels. It depends entirely on how deep your pockets are and what you want out of it. For this article, I’m going to concentrate on the type of donor bike that you’ll find in the Classifieds. But what exactly makes a good donor?

British bikes from the 60's and 70's make great donor bikes. They've got the right lines as standard, but unfortunately by now they’ve been fully restored. Or are being offered as they were found, straight out of the barn and fetching ridiculous money. Triumph and BSA 500 and 650 twins are always a good bet, but Norton Commandos have Isolastic engine mounts which could potentially make frame mods more complicated.

So what about the Italians? Well, their frames tend to have nice clean lines and angles but gas tanks tend to be slabby and engines angular, making them better café racer options. And once again, because they tend to fetch top dollar people seem reluctant to cut them up. If that's what floats your boat though, keep a look out for Ducati non Desmo 250, 350 or 450 singles.

Harley’s are an obvious answer here too and with so many people favoring the Twin Cam big twins, 20-year-old Sportsters can be picked up relatively cheaply. Just stay away from Specials or Anniversary editions. People seem to think that an extra tank badge adds another thousand dollars onto the price.

Which realistically only leaves us with Japanese bikes. What a good job they littered the entire world with them during the 70’s, 80’s and 90’s.

As for which make and model to go for, that’s purely down to personal taste. Just bear in mind that single and twin cylinder bikes like the Yamaha XS650, Honda CB450, Suzuki 650 Savage and Yamaha SR500 are pretty much classics in their own right. You will need a lot of good luck in finding an inexpensive one.

Honda and Suzuki’s mid- range four cylinder models are still reliable workhorses and you will find cheapies out there. Also, look out for Yamaha Viragos, Suzuki 250s, 400 twins and Kawasaki LTD’s in 550 and 750’s they all make good budget builds.

As to what makes a good donor. Take a step back from the bike and give it a good hard stare. If you find yourself repeatedly focusing on the gas tank and admiring its swoopy lines, chances are you’ve found it.

Deciding on a look for your bobber

Bobbers usually follow a certain aesthetic when it comes to the build and once you’ve got the donor, the build becomes pretty holistic. But if you want to see what the end product will look like or need a template to work towards, there's two ways you can go. Old school and new.

Say for instance you've found a cheap Honda 550-4. The money is right but you can't quite see its potential as it has the world's fugliest screen and some kind of awful touring seat. Here’s what you do. Find a basic version of the model on Google images, download it and with Photoshop, erase all the bits you don't want such as the seat, mudguards etc.

If you haven’t got Photoshop, print out the same image and place some tracing paper over it. Draw the bits you want and leave out the rest. Put the finished article on top of a piece of white paper and draw in the components you want like a single seat or lower subframe. I’ve used both of these methods in the past to good effect on a Goldwing drag bike and a Hinckley Triumph Thunderbird.

Parts to look out for

Buying custom parts can be expensive, especially gas tanks. So if you don’t like the tank on your donor, get along to your friendly neighborhood bike breakers. Either take your old tank with you so you can get an idea if the replacement will fit. Better still ride there, pop the tank off and try the potential replacements on for size. 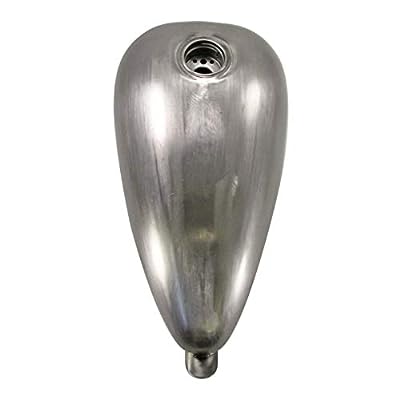 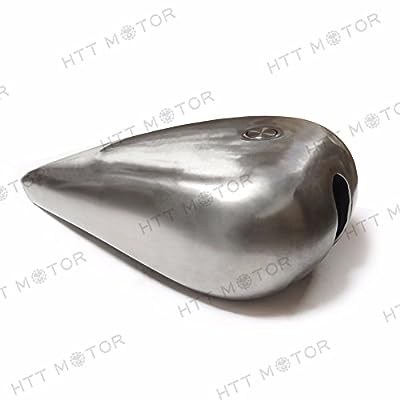 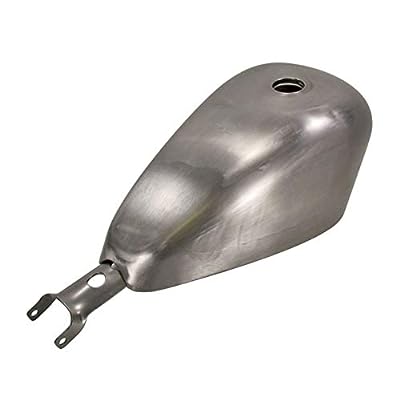 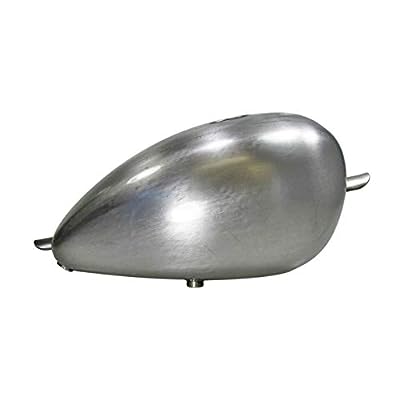 Breaker’s yards are usually cool about this as long as you buy something. Look out for any of the Japanese custom models such as Kawasaki Ltd.’s, Suzuki L’s, Yamaha Specials and Honda cruisers. Just make sure the petrol tap is on the correct side for your bike and that you can fasten it securely.

For rear fenders, there are lots of people doing fat tire conversions on their Harleys so check out the online Classifieds for their cast-offs. There’s also plenty of cheap bare metal reproduction ones too.

If you’re on a budget, check out the nearest trailer accessory store. Here, you will find decent steel fenders in various tire sizes. Alternatively, take a look at trial bike fenders. These are usually small, light and have integrated license plate holders or rear lights molded in.

As for exhausts, my first stop is usually an exhaust fabrication shop. Once again thanks to the obsession of wanting to make boxy compacts sound like a Testarossa, fab shops have all kinds of pipe offcuts and cool muffler tips.

Ask nicely and they’ll let you rummage through it all. If the end result is a little too loud for you, bolt-in baffles are cheap and will provide you with much needed back pressure.

The item that really makes a difference to the look of your bobber are the handlebars. Secondhand ones aren’t advisable unless you know where they came from. It’s very hard to detect a twist or bend until they’re on. But custom bars are readily available and 7/8 bars comparatively cheap. Alternatively, buy a pair of ace bars and turn them upside down.

Want to get rid of those clumpy clocks? Take a look at digital bicycle speedometers. They work on a magnet attached to the wheel and a sensor on the fork leg. They’re a dime a dozen and work just fine (up to 99mph) depending on the type of wheel you have.

Fabrication and your bobber

The beauty of the bobber is actually the lack of fabrication, as you’re usually hacking bits off, rather than adding them on. But in saying that, a common alteration is lowering the rear frame loop to drop the seat down.

Just remember when you’re joyfully grinding bits of a frame off, it may alter its structural integrity. The frame may be stressed and will therefore twist when a support or bracing is cut away. If you've never done this before or aren’t handy with a welder, it's probably best to find someone who is.

On a lot of older Japanese bikes, the rear frame loop is braced somewhere in the middle usually to support the seat. If you cut the frame rails to the rear of that, it shouldn't affect the strength and you can then fit it with a cut down seat. Just remember, you’ve got to attach the rear fender to something so keep that in mind before you go crazy with the angle grinder.

The Ride: New Custom Motorcycles and their Builders

Custom Rides: The Coolest Motorcycle Builds Around the World 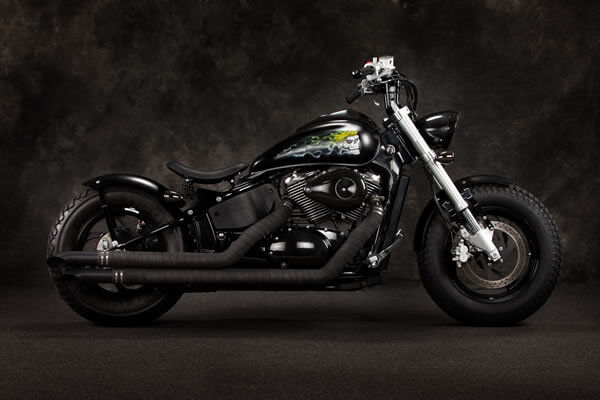 Finally, getting creative with your customized work of art. Once again, this is where the bobber rocks. Finish a chop off with a basic rattle can spray job and people will bend your ear every time you pull up. But doing the same to a bobber is almost expected. Don’t be afraid to get creative though. There’s no rule book to say it has to be flat black.

Bobbing a bike is one the best and easiest ways of easing yourself into the world of customizing. It can be relatively cheap and ingenuity and innovation are positively embraced. Rocket science it isn’t, enjoyable it most certainly is.

For a visual guide, check out our step-by-step infographic with everything you need to know:

Looking for the best car seat cover if you have a dog?